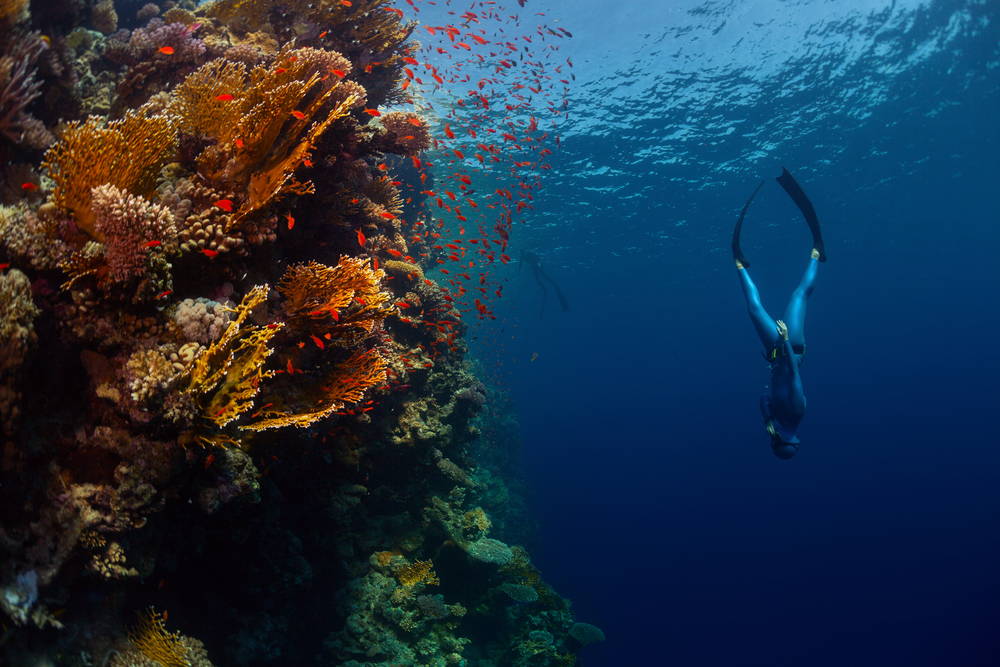 What Limpets Taught Me About Conscious Shopping

What does it mean to be conscious?

What does it mean to be conscious? In Buddhist philosophy - and increasingly in popular mental health discourse - consciousness is interchangeable with words like awake, or present. Being conscious is to disengage autopilot. To be cognisant of emotional and sensory inputs. To be awake enough to truly experience the present moment.

In terms of setting standards for the type of product we wanted to sell though, the Plain Tiger team’s most important definition of conscious revealed itself as, “to know”, or “to be aware”. In most cases, we as consumers only fund the damage and exploitation of our environment because we simply aren’t aware that we’re doing it. That felt like an opportunity to us, so “knowing” became a core part of our definition of the word conscious.

It was undoubtedly the days of work that we put into that process that left me hyper-aware of the effects of being conscious. A spotlight was cast on any situation where being more conscious could have improved outcomes, or guided me toward different decisions. As always, nature stepped in as the incomparable teacher. I was provided with a powerful and unforgettable example of why it’s so important to be conscious of the full cost of the things we consume.

I guess a brief explanation is warranted here. I love to acquire as much of the food I eat as possible directly from nature, so I love few things more than diving into ancient and modern teachings on acquiring and preparing foraged food.

It was on one such research binge that I stumbled across the extensive South African history of collecting and eating limpets. Limpets can be found almost anywhere in the world and if you’ve ever wandered a rocky coastline or snorkeled inshore, you’ll likely have come across their conical shells clinging to rocks or kelp. In the frigid waters around Cape Town, they can sometimes be found in astounding numbers, with densities exceeding 2500 individuals per square metre

It would be somewhat inflammatory to call the limpet a delicacy. The head and foot are similar to that of a snail and while nutritious and fragrant, as a food item, the limpet is essentially a tough foot and an amorphous digestive system. In South Africa, limpets are most often chopped or minced and made into “fish cakes”, but they have also found their way into ravioli and even used as a garnish on salads and pasta in other parts of the world.

Our trademark stormy seas meant I’d have to wait to head out to collect my limpets, but that gave the opportunity to dive into some limpet research. So after combing the coastal foraging forums for collection and preparation guidelines, I decided it would be great to be able to identify the different species and to learn how to harvest them with the least impact on the local population. I learned that, in the case of limpets, it was important not to simply harvest the largest limpet off of each rock, as these will likely all be females. If multiple foragers do the same, the potential consequences for the local population are obvious.

Eventually, I decided that Cymbula compressa, the kelp limpet, would be my target species. Why? I had swum past countless kelp limpets, attached to the long, clean sections of kelp stems which I assumed ( as many divers and fishermen I spoke to did) the limpet fed on. Collecting kelp limpets would mean I wouldn’t need to pry other species off of rocks or reef, something I try to avoid wherever possible due to the damage it causes. 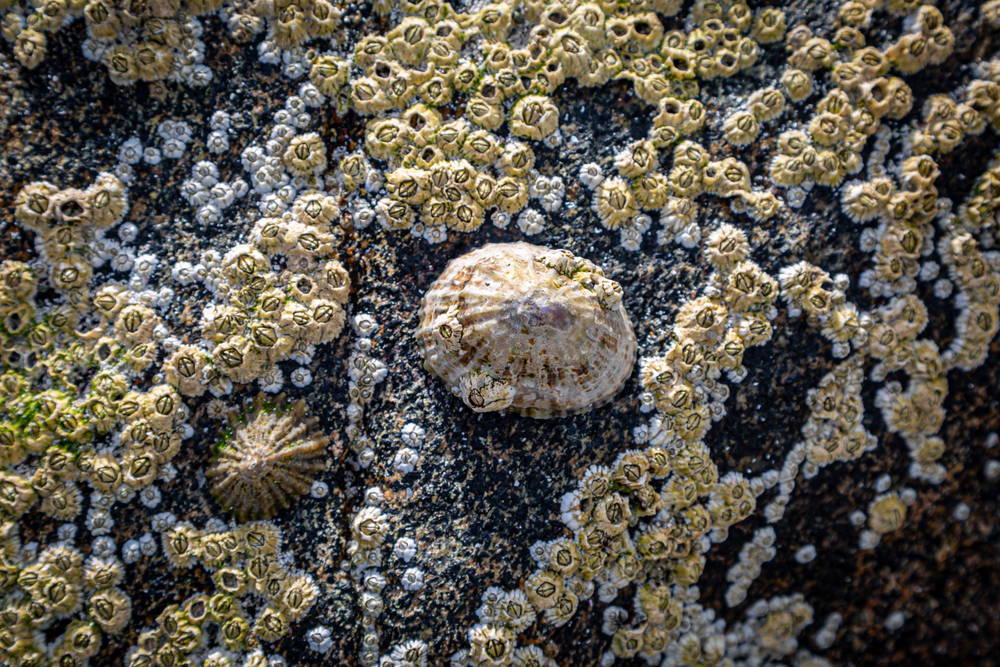 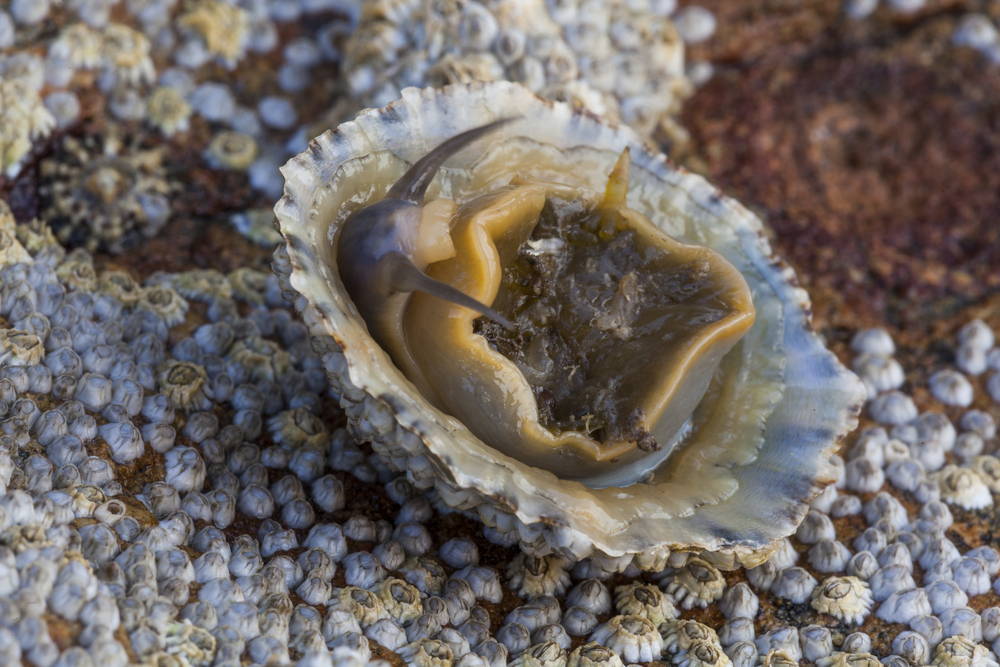 While waiting for the weather to clear, I honed in on reading about the kelp limpet specifically. It was at this point that the gravity of the role that the kelp limpet plays in its ecosystem was revealed to me.

Contrary to what seems to be popular belief, the kelp limpet doesn’t eat kelp at all. In fact, it feeds on fern-like epiphytes which grow on the kelp. The remarkable part about that is, without the limpet’s intervention, these epiphytes grow unhindered until the smooth, clean surface of the kelp stem is covered in them. The surging water is then able to pull so hard on the kelp that it’s holdfast is broken and it will be washed ashore. This could be the fate of entire kelp forests if it were not for the work of the humble kelp limpet.

Should an occupied kelp be torn off its anchors by heavy swell or by other means, the kelp limpet is anything but doomed. By sensing the change in water pressure, it gives itself time to take action. It will dislodge from the kelp and float to the seafloor, where it will seek out an available kelp plant to make it’s new home.

This is easier said than done though, because it turns out that kelp limpets are fiercely territorial. Once they have claimed a kelp stem, they make it their job to protect the entire plant from the innumerable invertebrate species which would eat or kill the kelp and, indeed, from other kelp limpets. Suddenly, my low-impact limpet collection strategy was revealed to be anything but. 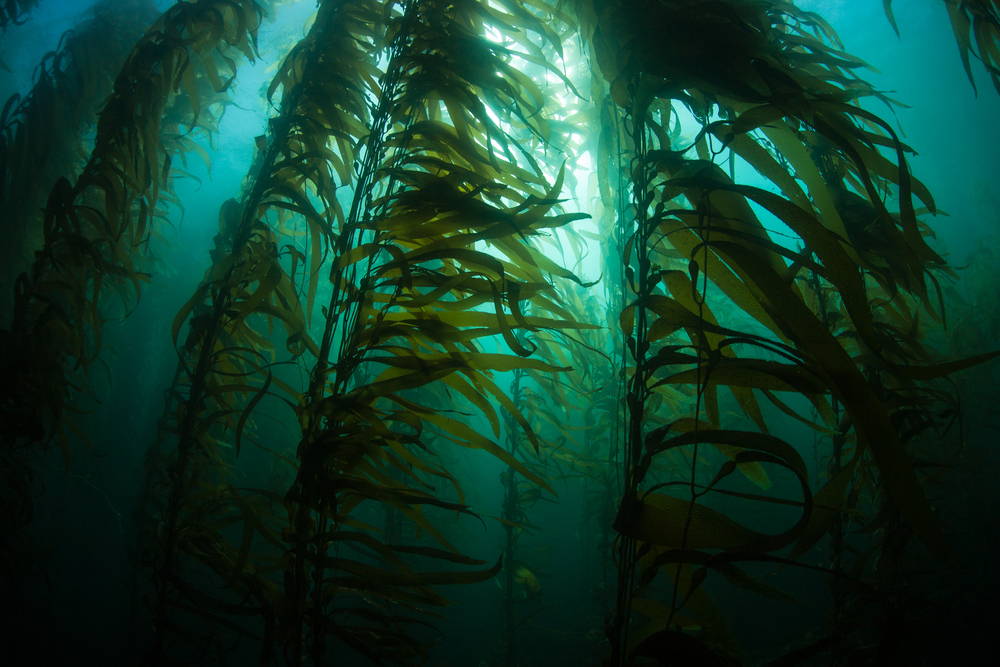 Knowing as a First Step

So what happened to my limpet-based dinner plans? I still collected my kelp limpets, but I was in a position to do so based on an understanding of the essential role they play in their environment. I made sure to collect just one from each area of my dive site before moving on. Sure, this meant a longer swim and little more work to harvest my dinner, but it meant I could enjoy that dinner knowing that I’d done my part to ensure that others have the opportunity to do the same. And that if one day my son decides to try a kelp limpet meal, or indeed just to experience the inexplicable beauty of a kelp forest, those experiences will be just as easy to find as they are now.

By truly understanding, being conscious of the true cost of the things that we consume, not only does it immediately become clear which products we should avoid at all costs, it also reveals routes to truly sustainable production. When we understand what makes a product or a process unsustainable, harmful or exploitative, we can understand efforts to negate that harm and support producers who are pushing to make them commonplace.

Our goal at Plain Tiger is to work with conscious people whose brands are built on a deep understanding of the full cost of their products. We’ve done the limpet research for you, so you can minimize your impact on your planet, without compromise.